The North Dakota State Bison defeated James Madison University 17-14 in Frisco, Texas for the National FCS College Championship. James Madison was the defending champion, having beaten the NDSU Bison in the 2016 semi-finals. That victory for James Madison halted NDSU’s remarkable and record setting, 5 FCS championships in a row. The Bison victory is heralded as the 6 pack, having now won 6 of the last 7. Key NDSU Bison football accomplishments:

These stats make the Bison the most successful football program in FCS history.

Listening to the game on ESPN, no mention of many of the above records. The announcing team was so pro James Madison, I couldn’t believe it.

After the Bison scored to take the lead, the only thing the announcers could say was that James Madison had won 26 straight, and they would come back. They never mentioned the Bison had won 5 straight championships. 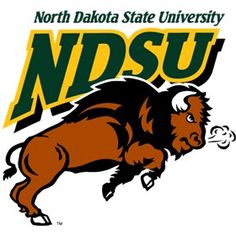